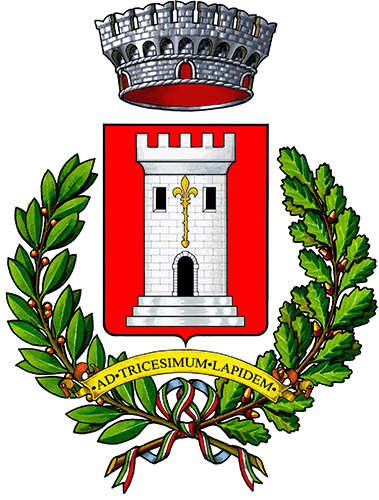 Situated at the foot of the first morainic hills formed by the ancient Tagliamento glacier, Tricesimo preserves its name of Roman origin, Ad Tricensimum lapidem, which literally means “at the 30th milestone”. The name therefore identified the first resting place located at the thirtieth mile along the road that led from Aquileia to Julium Carnicum, today known as Zuglio, and to Norico, the consular road known as Via Julia Augusta, along which two villages now recall the ancient stopping places: Terzo, three Roman miles from Aquileia, and Tricesimo, thirty miles away.

Over the centuries, Tricesimo passed under the Patriarchate of Aquileia and then became a feudal estate owned by the Counts Valentinis until the Napoleonic conquest. From then onwards, it experienced the historical events of the rest of Friuli.

The most significant traces, surviving up to the present day, date back to the Middle Ages and the Renaissance. The Castle (about 13th century), which, from the ridge of a morainic hill, overlooks much of the Friulian plain and the parish church in the centre of the town, with its elegant Renaissance portal, the work of Bernardino da Bissone. Several small Benedictine churches were built in the 14th century, such as the church of San Pelagio, and still emerge from fields of corn today.

During the Christmas festive period, it is worth visiting Ara Grande di Tricesimo to see the outdoor nativity scene, one of the largest in Italy. The event, created back in 1976, has been developed over the years and has now reached its current dimensions covering 2,500 square metres.

This website uses cookies to improve your experience while you navigate through the website. Out of these, the cookies that are categorized as necessary are stored on your browser as they are essential for the working of basic functionalities of the website. We also use third-party cookies that help us analyze and understand how you use this website. These cookies will be stored in your browser only with your consent. You also have the option to opt-out of these cookies. But opting out of some of these cookies may affect your browsing experience.
Necessary Always Enabled

Any cookies that may not be particularly necessary for the website to function and is used specifically to collect user personal data via analytics, ads, other embedded contents are termed as non-necessary cookies. It is mandatory to procure user consent prior to running these cookies on your website.